You may have heard of the phrase that attraction cannot be negotiated and in this episode it couldn’t be truer. As we explore through the research of White Et al, unattractive participants in the dating market pay a heft ‘unattractive tax’ where undesirable characteristics (dealbreakers vs dealmakers) are disproportionately weighted against less attractive daters.

Also, in the absence of physical attraction, women and men behave differently. Women tend to strongly enforce their cutoff threshold for what they find desirable in a partner and do not compromise for a person they have already deemed as unattractive. Men on the other hand do compromise their standards for the sake of casual short term relations. It would seem then that women enforce a hard threshold of what they desire in a mate whereas men have a soft threshold which can sway depending on additional factors such as dealmaking traits (green flags). In short, in the absence of physical attraction, women enforce requirements, men enforce preferences due to the evolutionary cost of false negatives, such that building a domestic life with someone who is unable to cater for the offspring or is genetically weak is a high risk, i.e. Error Management Theory. 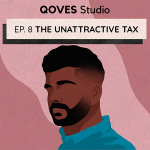 Stay in the loop with our weekly newsletter