Being unattractive is a disadvantage in many social interactions if you do the wrong thing or act out of line. These unusual behaviours are called ‘norm violations’ and as it turns out, there is a double devil-effect at play when physically unattractive people behave in an unattractive way. The devil effect is the opposite of the more commonly known halo effect where negative cognitive biases are placed on a person based on their physical characteristics. As such, we expect an unattractive person committing norm violations such as making a potentially risque remark towards a woman in the workplace to be percieved as very repelling behaviour; a double devil effect. 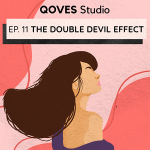 QOVES Deep Dive
Deep Dive Ep. 11 | “All That Is Beautiful Is Good”

Stay in the loop with our weekly newsletter